The Two Students Who Took On Coke And Pepsi 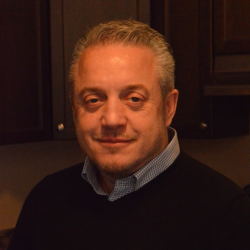 A great article via BBC about how two students could take on Cola Giants overcoming one challenge after another, well done.

Students Mirco Wiegert and Lorenz Hampl had decided to set up their own Cola Company, but there was a catch – they had no idea how to make the fizzy drink. With the confidence of youth not letting that inconvenient fact put them off, they decided to do some research. “We Googled for cola recipes and ingredients,” says Mirco, who was 28 at the time, in 2003.

Unfortunately, the internet was not particularly helpful in answering that question, so the two childhood friends from Hamburg, in northern Germany, had to think of a plan B. They started phoning breweries across the country to see if one might be able to help them develop a cola recipe, and then bottle the drink for them… Source: BBC.

Anthénea, The 1st Eco-Luxury Hotel Suite On The Water

Ideation By Joe Walsh, Life Has Been Good!